A Journey of Treasure Hunting

Teatro Verde’s Cucina concept was created to update the kitchenware marketplace in Toronto. The store is treated like an anthology about the art of food, from its preparation, to its cooking and serving. Teatro Verde is known for its creative approach to visual displays and the latest Cucina addition within the Teatro Verde family of stores expands the approach with a new product assortment of curated kitchen collections. At the back of the store, a fully operational kitchen with a cooking school attracts the community at large to participate in animated local chef demonstrations. 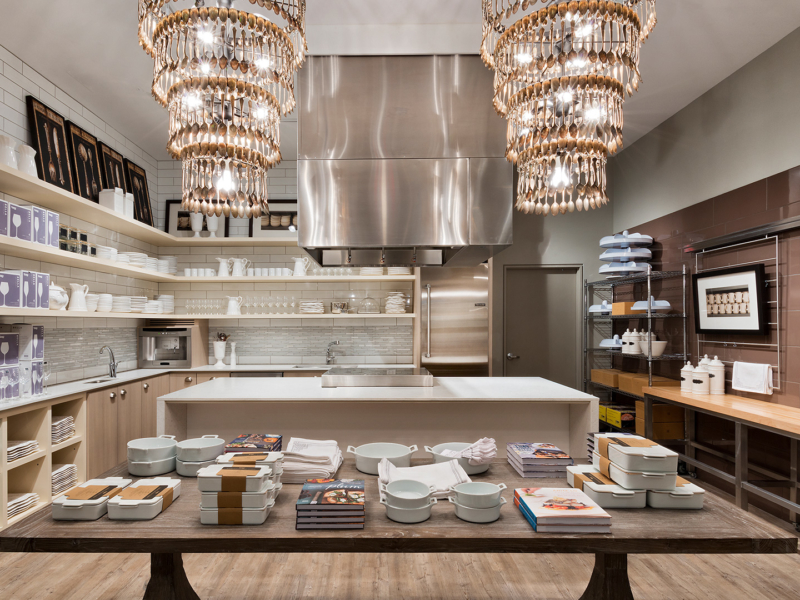 In keeping with a constantly rotating merchandise assortment, all the store fixtures, from display tables to lighting, are for sale.